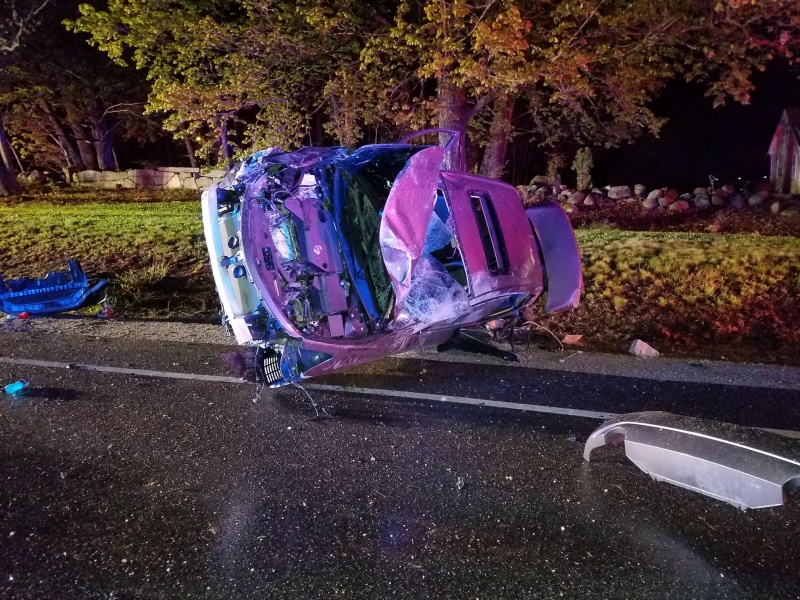 The accident occurred around 11:30 p.m. in the area of 314 Rochester Hill Road near Profile Apartments where police say the two were both ejected when their 2013 Nissan Altima rolled over several times.

After a brief investigation it was determined the Nissan was traveling south on Rochester Hill Road when it crossed the centerline, and when the operator attempted to correct the error the vehicle went into a "tumbling roll" finally landing on its side, police said in an early morning press release.

Both occupants sustained serious injuries and were taken to area hospitals, one to Wentworth Douglass Hospital and one to Portsmouth Regional Hospital.

The two are identified as Johnny Robles, 21, of Somersworth, and Ethan Seavey, 19, of Rochester

The Strafford County Accident Reconstruction Team responded to the accident and the roadway was closed for about six hours. This accident is still being investigated and charges are unknown at this time.

Police did not immediately disclose any possible factors in the crash.