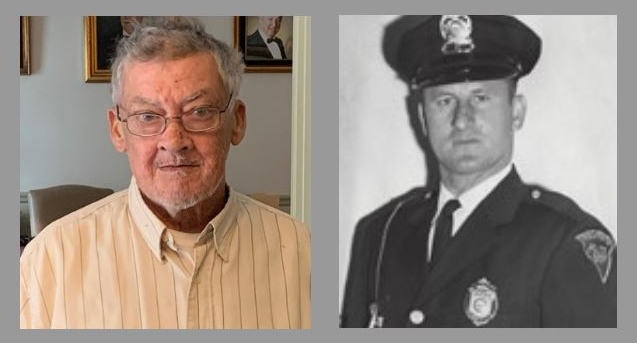 ROCHESTER - In the space of two days Rochester learned of two of its native sons who passed who dearly loved the city of Rochester, who may have contributed in different ways but whose commitment to the city will never be questioned.

On Monday it was the death of longtime Rochester Police Chief Kenneth Hussey, who is being remembered today as one of the kindest, most considerate police officers you would ever want to meet.

Hussey died on Friday at the age of 88.

"He was a true gentleman and someone well-liked by the community," said former Rochester City Manager Bob Steele, who served the city alongside Hussey in the 1970s. "My father also knew him because he was a Police Chief in Portland when Ken was chief in Rochester and they met at one of the national conferences."

Hussey began serving as a Rochester patrol officer in 1961, and quickly became a fabric of the community, attending Trinity Anglican Church and joining Rochester Elks Lodge #1393.

Along with condolences, dozens of locals remembered Hussey on social media for his kindness.

"So sad, what a nice person he was. I remember him well," said Mary Tompson Clark on the "You know you're from Rochester" Facebook page.

"One of the nicest guys to have ever worn the uniform," added Chuck Grassie. "A true gentleman and professional who loved his community."

Then today, it was learned that another lifelong Rochester resident, Eddie Walker, who just last fall made his first run for public office at the age of 65, died on Dec. 16 at Maine Medical Center after a brief illness.

Walker, who formerly worked as a custodian for the Rochester Police Department and in maintenance for the Rochester Fairgrounds, recently began trying to give back, working on the board of Tri-City Coop and then running for a Ward 6 Seat A on the City Council in November.

During an October Meet the Candidates Night, Walker became emotional several times as he expressed his love for Rochester and its downtown, and his hopes for its revival like it had been when he was growing up.

"I'm running for City Council, it's something new for me, but I'm trying to improve the downtown, get more businesses down here," he said choking up.

On whether Rochester should allow Keno gambling he didn't mince works.

Walker, who lived at Wyandotte Falls and loved to walk around the downtown visiting local businesses, leaves behind a son, a brother and two sisters. He was 65.