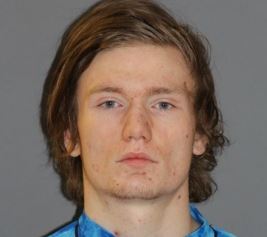 CONCORD - New Hampshire's Joint Fugitive Task Force is actively attempting to locate and arrest an armed and dangerous man with ties to Rochester.

Hunter Edward Eaton, 21, is being sought on arrest warrants from both Strafford and Rockingham counties including bail violations on a burglary charge and the more serious offense of failing to appear on a charge of theft of a firearm.

Based on the latter offense, Eaton should be considered armed and dangerous.

Eaton has a criminal history that includes assault, burglary, and disobeying police officers. He has known ties to the Rochester and Sanford, Maine, areas where he has family, friends, and associates.

He is described as being 5-foot-11 and 160 pounds with blue eyes and blond hair. He has tattoos on both hands, both wrists and both arms.

If you see someone who resembles Eaton please contact the U.S. Marshals Fugitive Task Force, or your local police. WEB-TIP-QR Code Do not attempt to apprehend this person yourself. Report any information to the nearest USMS district office at (603) 225-1632, or call 1-877-WANTED-2, or submit a WEB-TIP, or TEXT NHTIP with any information to TIP411.