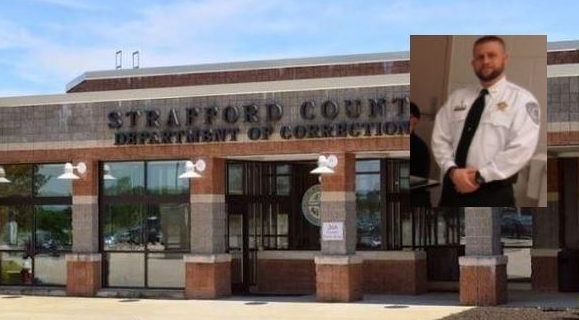 DOVER - As Chris Brackett says, "It's never a good time to be in jail," but prisoners like all of us have more worries now that the COVID-19 pandemic is upon us.

"It's always a challenging time to be incarcerated, but moreso at this point of time," he added.

Brackett, the Superintendent of Strafford County Jail, told The Rochester Voice in a phone interview on Tuesday that while prisoners do have increased worries over family concerns, they also have increased video access with loved ones that is available.

"They can always get a laptop or tablet and have video contact with family members," Brackett said.

Since March 17 the jail ceased all personal visits to the 450-bed facility. It also ended all volunteer programs.

Inside the inmate area, the jail population is being urged to practice social distancing as well. In an effort to make it easier, Brackett said they have reduced the number of prisoners allowed at any one time in common areas like the "day room,"

He said everything they're doing at the jail is out of an abundance of caution to keep both the jail population and staff safe.

"We're not allowing personal visits to minimize exposure," he said.

Another way they are seeking to reduce exposure to the coronavirus is screening "everyone" who comes into the facility for signs of the virus.

They are also screening for court hearings prior to transport to the courthouse, he added.

"That includes staff," he said. "They get tested too."

Brackett said all incoming prisoners are also screened and asked a series of questions to determine whether they should be isolated. He said so far only one incoming prisoner was quarantined for a period of time.

"The person showed symptoms, so out of an abundance of caution they were isolated," he said. "After a time the symptoms subsided and they were taken out of isolation."

Brackett said the jail couldn't have continued to operate so efficiently in this unprecedented time without the tremendous effort put on by jail personnel.

"Even in this difficult time we've got incredible staff who answer the call and they come in and they're ready to work," he said. "You talk about people on the front lines and my staff are. I'm very proud."