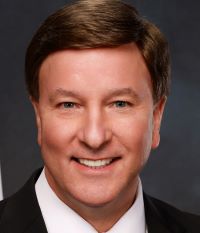 Correction: The sponsor of a bill to leave the U.N. is Rep. Mike Rogers, R, of Alabama. An earlier version of this letter misidentified the sponsor.

Will Rogers has a humorous observation on how lots of us think: "The problem with the American people is not what they don't know, it's what we think we know that ain't so." Representative Mike Rogers of Alabama has introduced H.R. 7806 , The American Sovereignty Restoration Act to completely Get US Out of The United Nations. The goals of the UN were altruistic, however the implementation of said goals have been less than desirable.

First of all consider the UN globalist strategy has followed an agenda to bring "peace through force" which has resulted in wars fought by American soldiers and financed with U.S tax dollars. The narrative of the world government movement has been a "monkey on the back" of our independence and freedom since WWII because it attacks the U.S. Constitution. Just as saws and hammers are tools to build with, the UN is a tool to build world government.
Unfortunately, Eleanor Roosevelt, when she chaired the UN committee that drafted the United Nations Declaration of Human Rights in 1948, allowed the language in Article 29 that negates all the previous rights granted with the words: "Rights should not be exercised contrary to the principles and purposes of the United Nation." This completely turns away from the Americanist principles espoused in the Declaration of Independence that human rights come from God our Creator that were written into law in the First Ten Amendments, essentially telling the federal government what it could not do.
Over the past 70 plus years Marxism has gradually eroded American sovereignty over ruling constitutional domestic law in many critical areas. The UN is showing its true purpose to so many today. Personal health decisions being taken away has exposed the WHO's violation of inherent rights during these pandemic years as this global malignancy has rapidly metastasized in the area of health with a compassionate desire to control healthcare all over the world. Blessed with the protection from public scrutiny by the media, this week they are meeting in Geneva at the World Health Assembly to draft a Global Pandemic Treaty with two indepth amendments that could easily be mistaken for international law proposed by an enemy to control the American people by a foreign enemy power.
The Biden Administrations actions this week reveal his position to take personal healthcare away from individuals, ceding these inherent liberties to International Health Regulations (IHR). This would give WHO's bureaucrats power to replace doctors caring for and advising American citizens. Who of us will trust their liberty to such global power that in the past during the Obama Administration sent thousands of U.S. troops to the Ivory Coast of Africa to help the UN to enforce medical martial law when Ebola was spreading? Do we want annual "lockdowns" to be part of the American way of life? Don't put your faith in the Senate stopping the new treaty with 2/3 majority. Adding these controls onto IHR will be automatic new powers that will continue the dangerous trend of overriding our Constitution on the way to 100% control of our lives.
Global government is rapidly strangling human liberty with force through their concern for our physical health through the World Health Organization. Do not the above facts shed new appreciation for Presidents Trump's withdrawal from the WHO? It is critical that Americans who have been provoked by invasive control of personal healthcare, realize that the only permanent way to defund the Global Pandemic Treaty and its new IHR is to Get US Out Of the UN. It hasn't just become a monster to destroy our liberty during the pandemic. It has safely moved its globalist agenda to overrule constitutional law in many areas for decades because the majority of our political leaders have represented their constituents as if they have sworn allegiance to the UN Charter instead of the U.S. Constitution. They must be terminated at the ballot box If this counterrevolution against globalism is to succeed.
Concerned citizens would do well to inform themselves about all the tentacles of UN controls that have become "assumed powers" that illegally supersede constitutional domestic law at jbs.org. For since its origin in 1958 The John Birch Society has aimed its educational war against this UN "fifth column" that is strangling American liberty at the American electorate to send constitutionalists to office. Apparently they are slow learners, for it is so obvious that the superiority of the historical foundation of Americanism over the UN peace by force, is like another way of saying that freedom is superior to slavery. Help build a fire of truth under the feet of your Senator's and Congressmen to be a cosponsor with a true friend of American Independence and liberty, Rep. Mike Rogers of Alabama whose bill H.R. 7806 will completely withdraw the U.S. from the United Nations. Be a friend to liberty. Don't be one of those Americans who think they know the UN is for peace. It ain't so!