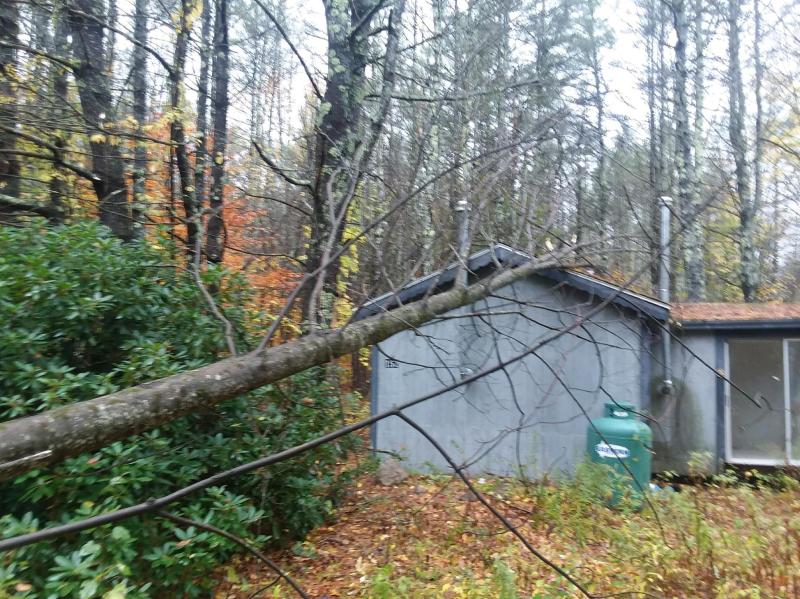 Power outages were reported throughout the region, but Lebanon was hardest hit with more than two thirds of its CMP customers without power at 8:30 a.m. Milton also suffered substantial power disruptions.

Klose said between 2 a.m. and 11 a.m. Rochester Fire responded to some 50 calls for service, mostly downed trees and power lines.

Many roads had to be closed overnight, and some are still closed, he said, including Betts road between Chestnut and Cross, Pickering Road, Route 125 headed into Barrington and Lowell Street down to Hollis.

Klose said the city's Emergeny Opeartions Center was opened around 3:30 a.m., and remains open as of this story posting.

In Lebanon yellow tape was strung across Prospect Hill Road south of Homestead Way to alert motorists to danger there and that the road was closed. Other roads closed or partially closed in Lebanon include Heath, Pork, West Lebanon, Lord, Milton Mills & Godding, according to the Lebanon Fire and Rescue Facebook page.

In Milton Mills portions of Applebee Road were flooded while other roads in Milton closed all together such as Route 75 between Milton and Farmington and Nutes Road. Milton Fire Lt. Jason Behrens said as of 11 a.m. today Route 75 remains closed.

So far no injuries or serious accidents due to the storm have been reported.