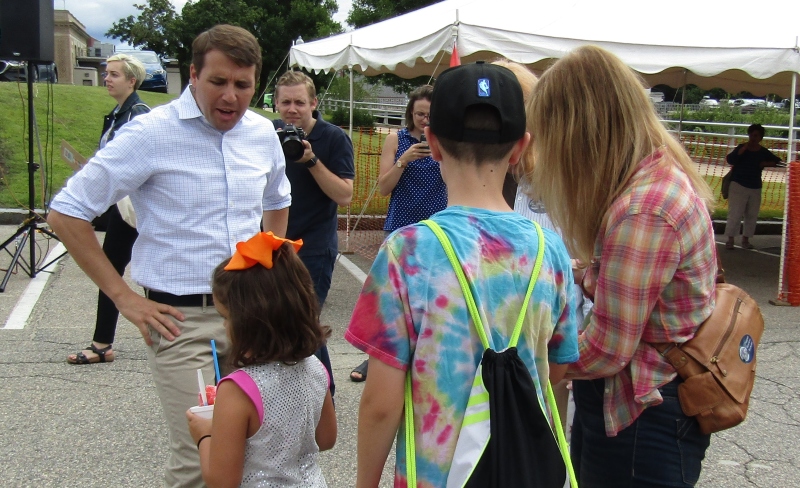 "It's great to be here," Pappas, a Democrat who represent the 1st District, told eventgoers as he sauntered about the North Main Street parking lot after giving some opening remarks to the crowd.

The event, formerly held in Parson Main Square and on Hansen Street, moved to the site of the former Rochester Blues Fest by the river and North Main Street, which was closed between Union and Bridge streets and the bridge.

"I'm loving this," she beamed as young folks danced and clowned around to the pounding beat of deejay Jodi Duston.

With all the vendors and displays on North Main and in the parking lot, the feel and vibe was much more cohesive, like a block party.

coming to the Pride Day with her rainbow-festooned pooch Sadie.

"She loves coming here," said Lebreque, adding that Sadie came to the parade last year in a unicorn outfit.

Another paradegoer who got a lot of attention was Chelsea von Chastity, a transgender woman from Portsmouth who worse a skimpy pink bikini. von Chastity, who said it was her real name, stopped and posed for several people asking to take her picture.

Rochester Main Street hosted the annual event that celebrates the LGBTQ+ community and those who love them.

The mission of this event was to promote equality and acceptance for the ​LGBTQ+ community.