Use of meth, also known as crystal, on the rise in Rochester, police say 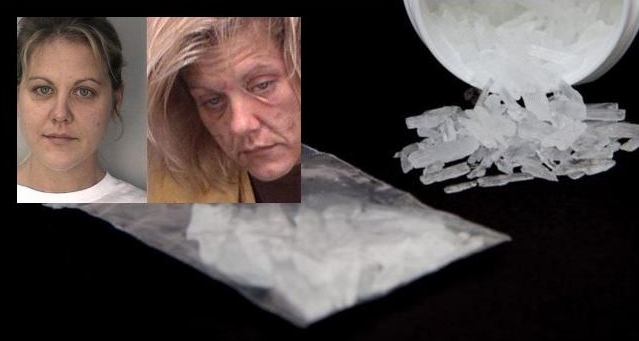 Some of the various forms of meth such as powder, crystal and pills. (Courtesy) inset; a typical before and after shot of a longterm meth user. (CBS image)

ROCHESTER - The use of an illegal drug often seen as one of the most devastating to people's mental and physical health is on the rise in Rochester, police told The Rochester Voice recently.

"We have seen a slight uptick. We've seen it in the past, but now we are seeing it again," said Rochester Police Capt. Todd Pinkham earlier this week.

Methamphetamine is among the most addictive drugs because of the way it affects the brain.

According to the National Institute of Health website meth "increases the amount of the natural chemical dopamine in the brain. Dopamine is involved in body movement, motivation, and reinforcement of rewarding behaviors. The drug's ability to rapidly release high levels of dopamine in reward areas of the brain strongly reinforces drug-taking behavior, making the user want to repeat the experience."

Meth users often go for days without eating or sleeping. These are called "runs" when the user simply takes another dose after several hours.

Pinkham said he estimated meth use has been on the rise in Rochester for the past several months.

If someone needs help with ending their or a loved one's addiction please contact SOS Recovery Center at 841-2350.