Victim killed in stabbing at Timberland ID'd as Exeter woman 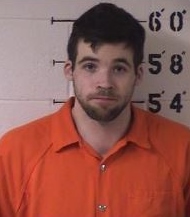 CONCORD - The New Hampshire's Attorney General's Office today announced the identity of the woman who died in an attack at Timberland's Stratham Corporate Offices on Sunday.

Catherine Heppner, 46, of Exeter, has been identified as the victim in a fatal stabbing that occurred around 4:30 p.m.

The exact area of and number of wounds were not disclosed in a statement released by the AG's office around 5:20 p.m.

Robert Pavao, 20, of Berwick, Maine, has been arrested and charged with second-degree murder in Heppner's death.

The investigation into the killing remains active and ongoing, according to safety officials.