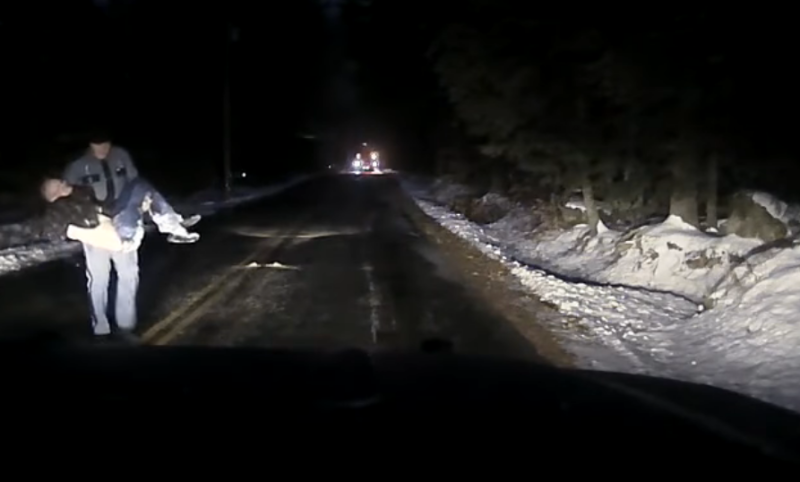 A screen capture of the dashcam video showing the rescue.

VASSALBORO, Maine - A Maine State Trooper is being hailed as a hero today after rescuing a man suffering from Alzheimer's during a snow and ice storm early Wednesday.

Troopers responded to the area around 5 a.m. to look for an elderly man with Alzheimer's who had wandered away from his home.

Troopers were able to gather intelligence information from a town plow truck driver who said he saw a man walking in the area in the early morning hours during the storm.

Trooper Tyler Harrington was able to locate the man in a ditch on Mudget Hill Road, where he found Bernard Perry suffering from severe hypothermia and frostbite. Harrington carried Perry to his cruiser as he was unable to walk and awaited the arrival of an ambulance.

Perry was transported to Maine General Hospital in Augusta where he is recovering from his injuries.