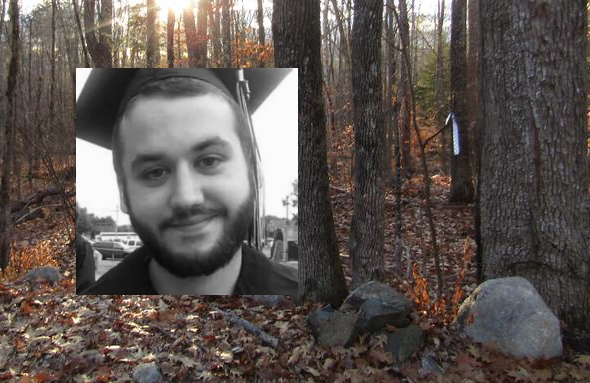 Police and volunteers on Saturday continued their search for Jacob Toussaint in woods off Old Stage Road in Wakefield. (Rochester Voice photo; inset/Courtesy)

WAKEFIELD - Wakefield and State Police along with volunteers are expected to resume their search today for a Wakefield man who has been missing more than a week.

Fenton said the area of the search has been in woods off Old Stage Road, but requested that we not disclose the exact area or publish the nearest street address.

He also noted that they were aware of disturbing posts on Toussaint's Facebook page.

Wakefield police said an extensive search for Toussaint was ongoing and would likely continue for the next couple of days. He was last seen in the area of Old Stage Road.

Wakefield Police and the State Police Major Crimes Unit are both investigating the case, Fenton said.

Toussaint was listed as a Portsmouth resident in a June Rochester Police arrest log, but Fenton said he is currently a Wakefield resident.