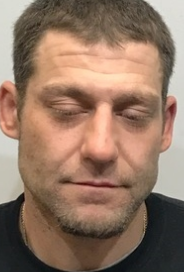 CONCORD - A Wakefield man will spend at least seven and a half years in prison for trafficking meth and fentanyl in and around Carroll County, the Attorney Generals Office announced today.
Jeffrey Diprizio, 40, of Wakefield, formerly of Rochester, pleaded guilty to two charges of conspiracy to sell a controlled drug (subsequent offense) and one charge of possession of a controlled drug with the intent to sell (subsequent offense), and was sentenced by the Carroll County Superior Court.
On the conspiracy to sell methamphetamine charge (subsequent offense), the Diprizio got 5-10 years with one year suspended from the minimum.
On the possession of fentanyl with the intent to sell charge (subsequent offense), the court sentenced him to 3 ½-7 years in prison, consecutive to the meth charge.
On a third fentanyl charge he got 5-10 years, all suspended for 10 years.
Diprizio may earn additional time off of the minimum portion of his stand-committed sentences if he completes certain conditions.
A 2021 investigation by the Attorney General's Drug Task Force revealed that Diprizio sold methamphetamine and fentanyl on various occasions to a drug task force informant. Additional investigation revealed that he purchased and sold large quantities of methamphetamine and fentanyl over a multi-month period in the Carroll County area and was in possession of both drugs and a substantial amount of cash when he was arrested in July 2021.