'We are indebted to these heroes" 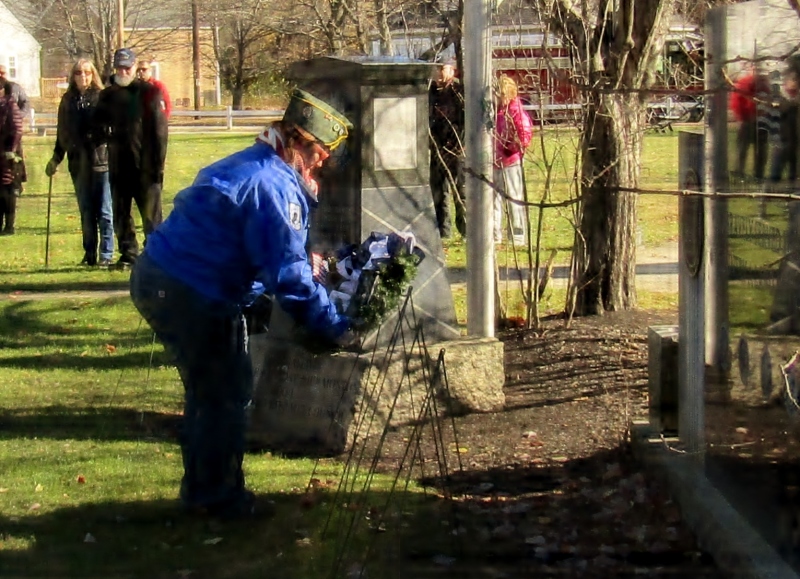 ROCHESTER - It was a chilly day in Rochester on Sunday, but a large crowd at the Commons fought off the cold with the warmth they brought to the annual Veterans Day ceremony where they honored all those who have served this country since its founding.

While Memorial Day is set aside for service members who died fighting for their country, Gordon Oliver of the Rochester Veterans Council noted that Veterans Day is set aside to salute and say thank you to all those who served, in conflict or not, overseas or stateside.

Oliver spoke of their "brave and loyal service" and added they deserve "our unwavering support."

He heralded the improvements in veterans access to medical care initiated by President Trump so that now veterans can seek help at private health providers, not just through VA hospitals and clinics.

"We are indebted to these heroes," Oliver told the crowd.

A highlight of the ceremony was the laying of memorial wreaths for all five branches of the military, something Army field medic Rose Askins said she was proud to do.

Askins served in the Army for 21 years at posts all over the country including a stint at Fort Devens, which is located in Ayer and Shirley, Mass.

A large ROTC contingent from Spaulding High School complemented military organizations such as the AMVETS Post 1, The Veterans Council, The Rochester American Legion and The Rochester VFW among others.

After the wreaths was laid the ceremony concluded with the playing of "Taps."

Sunday's observance of Veterans Day was extra special as it was the 100th anniversary of the signing of the armistice that ended World War I, which was supposed to have been "The war to end all wars." It was first known as being Armistice Day before being changed to Veterans Day by President Dwight D. Eisenhower in 1954.