Well blow me down, Crowley's Tsunami is piled high and sitting pretty 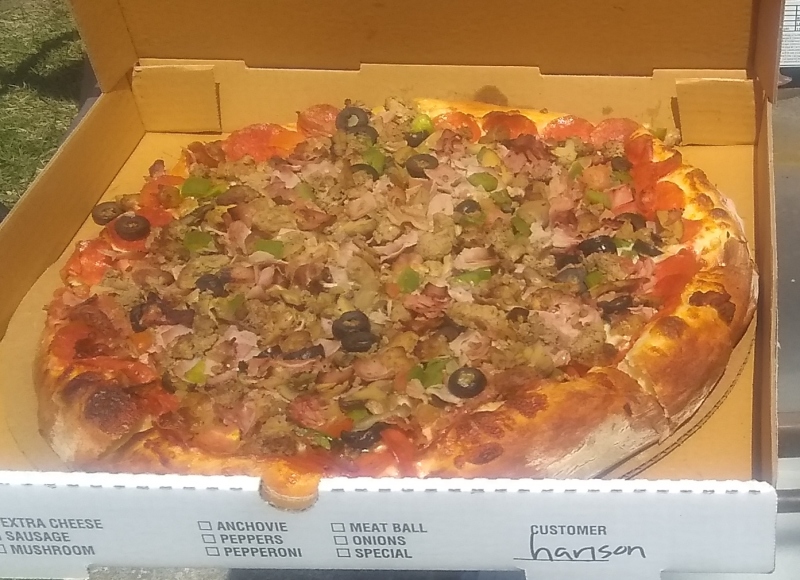 FARMINGTON - When one slice of pizza leaves you feeling a bit fat, it's probably a Tsunami from Crowley's Variety and Grill in Farmington.

We bought a large one on Saturday to take to my granddaughter's birthday party (don't call out the Feds, there were less than 10 people there) and trust me, no one went hungry.

I didn't know it was going to be good when I picked it up, but I knew it was a good deal, it felt like it weighed about 10 pounds.

We wish the crust had been a bit crispier, but what a magnificent pie it was, overflowing with pepperoni, sausage, ham, bacon and burger with plenty of veggies like black olives, peppers, onions, tomatoes and fresh mushrooms.

I don't think I'd ever order a "loaded" pizza in my life, but others at the party who had assured me they'd never seen one like this.

When you dig in, one thing stands out. There's a lot of meat in here.

And with the slices cut large, negotiating a bite into your mouth - without spillage mind you - is no easy task.

Not easy, but not unenjoyable either.