When it comes to Right to Know, Rochester can get downright dodgy 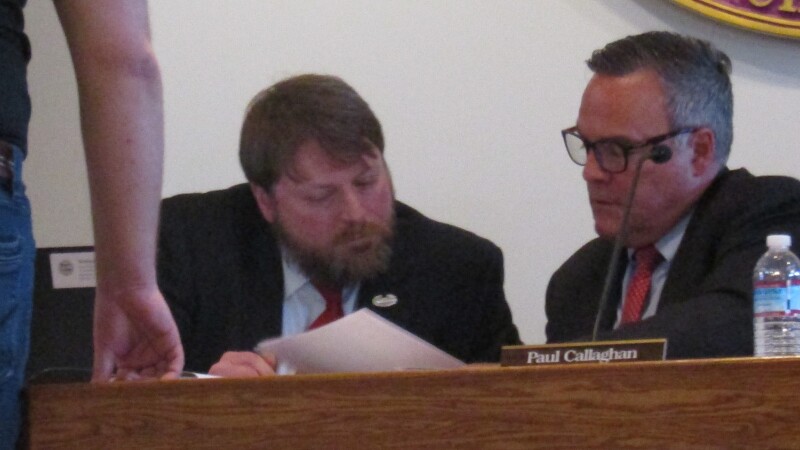 Editor's note: The Rochester Voice today begins an occasional series that focuses on Rochester's government and its intransigence in providing open access to information. Whether it's dubious actions regarding Right to Know requests or blatant refusal to reply to simple questions regarding policy and issues, accountability and transparency often fall short of what is necessary in a democracy.
Today we will take a look at what happened in the week leading up to the trial of a former city councilor during which the city manager refused to release information regarding the upcoming trial. 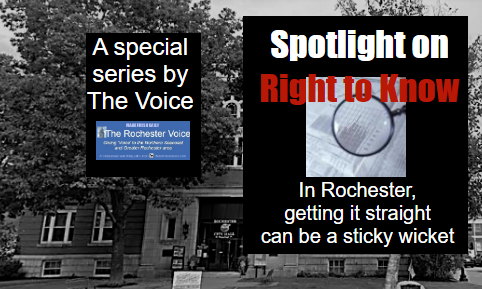 ROCHESTER - Three days after a City of Rochester subcommittee voted unanimously to put former city councilor Chris Rice on trial on harassment and retribution charges The Rochester Voice sent Rochester City Manager Blaine Cox an email requesting either a call or a return email regarding the upcoming trial.

The questions centered around what punitive options were available and whether any of the options, including removal, would require a supermajority (two-thirds) vote.

A few minutes later The Rochester Voice received an email from Cox noting that he had asked City Attorney Terence O'Rourke to handle my message as a Right to Know (91-A) request. 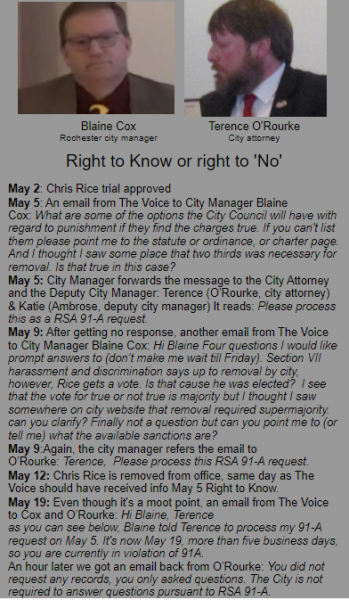 With only a week left prior to trial The Rochester Voice believed that it would have the information at least on the eve of the trial, but the award-winning digital daily was completely stonewalled by the city, specifically by Cox.

It is a scenario of deception, obfuscation and arrogance that many others in the community have had to deal with.

"I think we have a city that picks and chooses what laws they abide by," said longtime resident Cliff Newton, who represents Rochester in Concord as its state rep from Strafford District 9.

Newton has sparred with the city several times over its dipping into the unassigned fund balance, what he calls the "cookie jar."

In a recent letter to the editor published in The Voice on May 31 Newton railed at the crabbed functioning of the city's Right to Know office.

"Why is it that Rochester Right-to-Know requests go right to the city attorney?" he wrote. "Why can't we get what we clearly ask for the first time? Why couldn't we be told where our $1,500,000 was at the time of the Right to Know request 'Immediately? What the heck is going on in our fine city?"

But reluctance of the city manager and attorney to answer even the simplest questions in the days leading up to the Rice trial wasn't just limited to the press. City Councilors who were the jury in this case were also left in the dark until it came time to vote.

"To me process is important," City Councilor Laura Hainey said during trial deliberations prior to the removal vote. "The mayor was short with me, I couldn't get answers. He'd tell me I have to go to Terence (O'Rourek). I never was told how the trial was going to be run, I just got an agenda."

But what really irked former city councilor Chris Rice about the trial was that it was run by one of his accusers, Rochester Mayor Paul Callaghan.

"That was a total joke, that was bullshit," he told The Rochester Voice earlier this week.

Specifically, he pointed to his inability to submit text messages between him and Councilor Ashley Desrocher, another of his accusers,, that would show they often had playful, if not colorful conversations, what Rice described as "lively debate.".

Callaghan, after consultation with O'Rourke, ruled that the text messages were inadmissible as evidence under Roberts Rules of Order 403 as they would be "prejudicial, confusing, misleading and a waste of time."

Rice then made what is called "an undeniable appeal" that they be allowed, leading to a vote that would need a two-thirds majority for Rice to get the evidence entered into the trial.

Those who voted no - to allow the text messages as evidence - were Tim Fontneau, John Larochelle, Dana Berlin, Jim Gray, Laura Hainey and Steven Beaudoin. Those who voted yes - to exclude the text messages as evidence - were Don Hamann, Desrochers, an accuse; Skip Gilman, Amy Malone, Pete Lachapelle, who acted as lead prosecutor; and Callaghan, another accuser.

It should be noted that Rule 403 can only be implemented at the discretion of a judge, making Callaghan, an accuser of Rice, the de facto judge, something Rice called laughable.

Rice also said it was unfair that he only had 10 days to pore through a lengthy investigative report prepared by Drummond Woodsum and wasn't allowed to submit evidence till the night of the trial May 12.

Rice, who served eight years in the Army and now works as a Rockingham County dispatcher, said the trial was traumatizing, but he's now determined to get his life back on track.

He also said he was putting off any decision to run for higher elected office because he didn't want to be a "clown in a circus."

"If I ran now this would be in the media all the way to November," he said. "It's not fair to the citizens."

Rice was removed from the City Council with only Hainey, Fontneau and Dana Berlin voting no.

Just minutes before the trial began The Rochester Voice met with Cox and told him he'd done the city a great disservice by not releasing more information about the trial process to The Voice and the community.

Cox replied that he need not reply to The Voice at all as it isn't a legitimate news source, however, he has replied to at least one request sent since the trial ended.

Considering the remarks made from several city councilors during and after the trial, it appears the city led a coordinated stonewalling of media and councilors in the days leading up to the removal of former city councilor Chris Rice. The question is: Why?