Will Mr. Mayor stand up to tax and spend government? 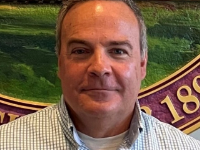 It's always good to know that people listen at public hearings.,and read the Rochester Voice.
Rochester's political powers responded to public outcry by defending their position that the cookie jar was theirs and not ours. Despite the fact, now coming out (We were initially led to believe that all the cookie jar money was entirely from Waste Management Host Fees nod nod wink wink) that every nickel of surplus revenue and taxes collected (like auto permit taxes) are really what's stuffing the cookie jar!

The city budget is a tax and spending cap budget. It does limit the amount that can be spent by raising property taxes to the rate of inflation. However, that budget has been way, way overspent by other revenues.
More than 40 million in over budget "free money" and the raiding of the cookie jar to boot. Spending the "free money" was defended by the mayor in the usual way, If we don't take it someone else will. That's true. But it is far from free. Printed money causes super-inflation and we are all feeling that. The average northeast household uses, at $6-7 a gallon, 850-1,200 gallons of fuel oil a year. Current rates (and these rates are supposed to be at the lowest level due to lowest demand time) put our oil bills at $5,500 to $6,500 this upcoming year with no end in sight. Add most usable goods and food going up from 20-40 percent. Make no mistake about it, we are heading for a perfect storm of uncertainties.
Back to the cookie jar. What is the short answer solution to too much cookie jar money being kept from us? It's certainly not give it back! Nay nay, spend it down so there is nothing left to give back. It's perfectly legal too, as long as the city council continues to super majority vote for it. End of argument!
Hmm. Where did I read "If, due to any circumstances, there is reasonable probability that the Unassigned Fund Balance will exceed 17 percent in the current or next budget cycle .T"he City Manager shall review this policy and provide a report of any recommendations for changes to the Rochester City Council. Was it in the Audit? GASB54? City code?
This begs the age old questions. With way over the amount allowed "What did the city manager know, and when did he know it? So many questions, so little time before the budget hearing and adoption
Let's grow government! Let's increase every budget using built in overages from the previous year, whether we used it all or not. Just hide it in the cookie jar. The taxpayer won't know this because we made the money difficult to trace. It's cleverly hidden from them, stashed in the cookie jar in accounts, both named and nameless.
So what are the glaring needs coming forward in the budget?
Unnecessary new administration positions including the DPW. We built a Taj Mahal on Chestnut Hill Road, with extra offices, we NEED to fill them. Governmentium at its best!
The fire department needs equipment replacement, more than a half a million a year, despite current equipment being well maintained, garage kept and low mileage. Why? Is it because other departments have newer ones? Is it "keeping up with the Joneses ?" They need more firemen. Why? Because they are trying to get more involved in ambulance services and code enforcement. Oh, and to fight fires too, which thankfully are on a serious decline. But wait! What happened to the 40-plus call firemen? Oh that's right, they got rid of them. Hmm. Looks like that decision might have been a little premature.
Government daycares, government realty and realtorss, government nanny's, part time to full time positions, it all adds up to increased property taxes.
In Rochester, we have two very different philosophies in play here. One, less spending equals lower taxes and the other, bigger government is better government. Elections have consequences. You elected me to go to Concord with a majority of tax fighters to control government spending. I have done my best and my voting record will show that. You also elected big government tax and spenders locally, go figure! Liberal city councilors who have no problem lock-stepping in super majority unity to overspend the budget. There are just three councilors who are challenging overspending, but unfortunately they are the minority 3-10.
Well, Mayor, what about you at this particular time, showing the taxpayers that you really care and protect us from higher property taxes and overspending? As they say, come on in...the waters fine. 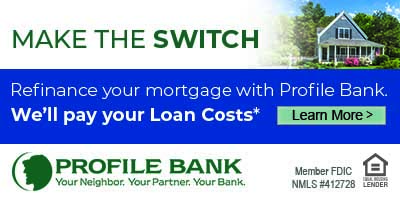