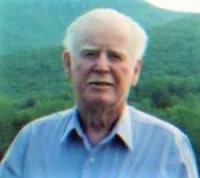 ROCHESTER - William J. Berry, 85, of Rochester, N.H., died on Saturday, June 13, 2020 with his loving wife and dog by his side. William "Bill" was born December 31, 1934; son of Martin E. Berry and the late Eloise (Wiggin) Berry.
William "Bill" served in the Navy aboard a Destroyer during the Korean War, between 1952-1956 (est.) His late brother, Richard Berry, was on the same ship for two of those years. Bill was a barber for several years at his home in Somersworth, and a laborer in the Union for several years.
Member of his family include his wife Fuji (Perkins) Berry; his late wife Doris M. Berry; his daughter Carol Hackett and her late husband Richard C. Hackett, Jr.; his grandsons Richard W. Hackett and significant other Emily, Dennis C. Hackett and wife Kell; his granddaughter Trisha Reid and her two daughters; sisters Mary (Berry) Adam and husband Gary, Patricia (Berry) Roux and late husband Paul; and sister in-law Jacquelyn Berry; also several nieces and nephews.
His family also included Fuji's daughter;Irene Griffin and husband Ted; her two sons Jeff Perkins and wife Nancy, Don Perkins and wife Karen; several grandchildren; nieces, and nephews.
He was predeceased by siblings Martin Berry, John Berry, and Richard Berry.
Honorable mention is given to Kim (Buzzell) Doucette who was like a 2nd daughter to him.
Bills hobbies were dancing, reading, playing cards, and doing card tricks. He was also a faithful member of the Salmon Falls Church in Rochester.
Bill was a very caring and generous man and will be missed by many.