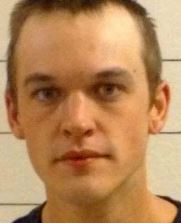 Jake Chiaradonna entered the Citizens Bank inside the Milton Road Hannaford on October 5, handing the teller a note claiming that he had a gun and demanding money. After the teller gave Chiaradonna money from the register, he fled, according to court records.

Sentencing is scheduled for June 26.

The case was investigated by the Rochester Police Department and the Wolfeboro Police Department with assistance from the U.S. Marshals Service and the Federal Bureau of Investigation. The case is being prosecuted by Assistant United States Attorney Shane Kelbley.