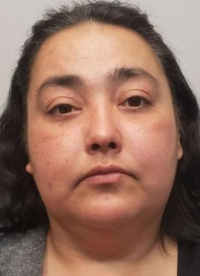 Stephanie Lee MacDonald, of 69 Franklin St., was arrested on Wednesday after she fled Market Basket loss prevention personnel around 1 p.m., crossed Route 11 and began walking down Little Falls Bridge Road where police eventually caught up with her.

MacDonald was charged with willful concealment (two prior convictions) and released.

On Friday she was back in the same area, this time at Walmart, whose loss prevention personnel notified Rochester Police.

According to dispatch notes, the subject was "stuffing a backpack."

MacDonald was arrested again by Rochester Police and charged theft by unauthorized taking (two prior convictions), criminal trespass and contempt.