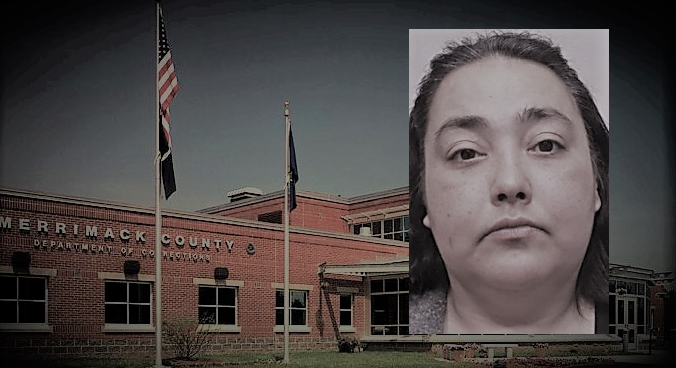 DOVER - The Somersworth woman who notoriously avoided prison when placed in drug court after pleading guilty to more than 50 charges is expected to be terminated from the program after she hopped out of taxi taking her to a treatment facility three days later, stole a bottle of wine and hit a store employee who confronted her over the alleged theft.

Stephanie Lee MacDonald, 40, a longtime area transient with no fixed address, pleaded guilty to the charges on July 30, and was placed in a ride service car that was to take her to an inpatient treatment facility, Strafford County Attorney Tom Velardi said on Friday.

"She left in a car headed for a treatment facility, but just got out of the car and left," Velardi said.

What she did soon after the afternoon of Aug. 2 shouldn't surprise anyone.

According to a Hooksett police press release, at 3:02 p.m. Police Officers "were dispatched to 30 Market Drive, the Market Basket parking lot, for a report of a fight involving a male and female."

It was learned from store employees that MacDonald had stolen a bottle of wine and was leaving the store parking lot.

"When one of Market Basket's employees confronted MacDonald, she raised the bottle of wine and struck the employee," Sgt. Mike Zappala of the Hooksett Police Department said. "A struggle ensued between the employee and MacDonald until Officers arrived on scene."

MacDonald admitted to what occurred and was arrested for robbery, he said.

MacDonald, who remains held on no bail at the Merrimack County House of Corrections in Boscawen, will soon be terminated from drug court, said Velardi, who last week fumed over Superior Court judges' reluctance to give her any jail time for the more than 50 crimes she pleaded guilty to.

"I'll be handling her termination from drug court," Velardi said. "We believe the individual (Market Basket employee) may have been injured and we'll be cooperating with the Merrimack County Attorneys Office in this case."

As he said in an interview with The Rochester Voice last week, prosecutors and judges need to be "thoughtful with substance abuse and mental health issues, but realize there are people that do criminal acts, and you have to separate these categories."

"Not everyone needs to get treatment," he added. "Some have to be separated from the community."

The 50 charges MacDonald pleaded guilty to went as far back as July 2015 when she was living on Franklin Street in Somersworth and arrested three times in two months for trafficking drugs including heroin and crack.

The 50 charges adjudicated in July comprised criminal activities including drug possession and trafficking, thefts and assaults over a six-year period.

Velardi also expressed sympathy with the businesses like Market Basket, Hannaford and Walmart that are continually impacted by such behavior.

"People that run these business should not have have to bear the brunt of these people that are committing crimes and putting them in danger," he said. "This isn't just a five-dollar crime, this is a threat to the community. Why would we allow the public to be at such risk?"