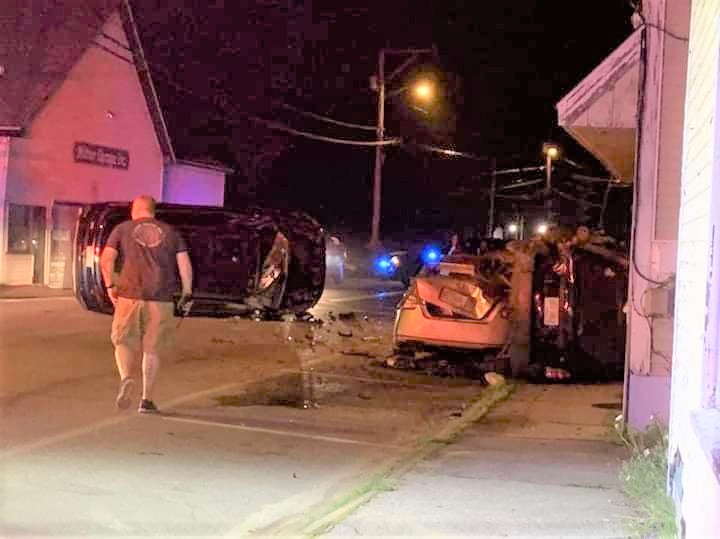 MILTON - Milton's downtown is usually fairly tranquil come nighttime, even in the summer.

But on Tuesday around 10:40 p.m the peacefulness was pierced by a thundering crash that brought folks out of nearby apartment buildings to behold an eerie spectacle.

Milton Police Chief Richard Krauss said the scene unfolded as a Farmington woman headed south on White Mountain Hwy. plowed into a parked car before rolling her vehicle in the middle of the road.

The impact to the parked vehicle was so strong it crashed into a parked car in front of it and rolled onto its side.

Krauss said the woman who was driving through town was identified as Danielle Lapierre, 22. She was taken by ambulance to Frisbie with unspecified injuries and later charged with DUI. While she was charged with DUI, Krauss added that "the causation" of the crash is still under investigation.