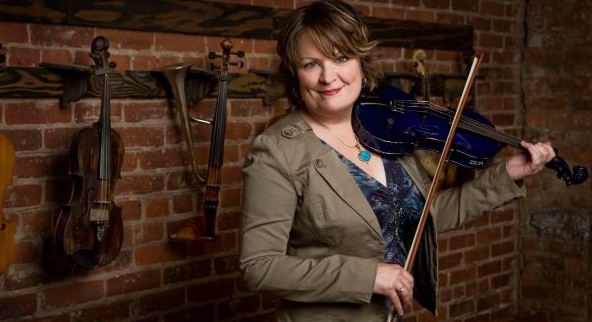 An original star of Riverdance, Eileen Ivers has played with many of the giants of rock and pop. (Courtesy photo)

For more than 20 years, Ivers and her band have been celebrating the glorious story of Christmas thoughtfully, uniquely and with pure unbridled joy.

Ivers' and the ensemble's 20 instruments and voices weave throughout the evening coupled with Ivers' signature warmth, inviting listeners in for a tuneful, soulful celebration capturing the true spirit of the season rejoicing in the traditional story of Christmas.

​Grammy awarded and Emmy nominated, Ivers has been a guest of the London Symphony Orchestra and Boston Pops and is an original musical star of Riverdance.

She is also a nine-time All-Ireland Fiddle Champion.

This show is sponsored by: State Farm Insurance - Peggy Lynch Agency and co-Sponsored by: BootLegger's Footwear Centers. Tickets start at $35. Reserve tickets online or call the box office (603) 335-1992, M/W/F from 10-5pm and 2-hours before the show.