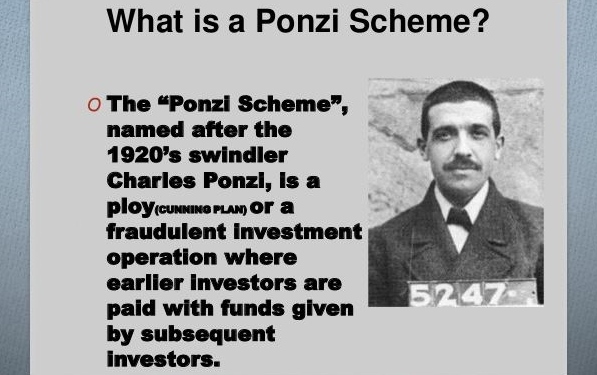 CONCORD - A York man pleaded guilty in federal court on Friday to participating in an investment fraud scheme that bilked Granite State investors of more than $4.2 million.

According to court documents and statements made in court, from 2009 through September 2017, Bischoff defrauded more than two dozen clients of his financial advisory business by falsely promising to invest their money in real estate, structured legal settlements, high yield notes, and a start-up recycling business. He further guaranteed returns that far exceeded market norms. Bischoff sent many solicitations to the victims of the fraud scheme by e-mail, while running his Portsmouth investment company.

A Ponzi scheme is a form of fraud in which belief in the success of a nonexistent enterprise is fostered by the payment of quick returns to the first investors from money invested by later investors.

Bischoff also admitted in court documents that he failed to file individual federal tax returns for from 2011 to 2015, which resulted in a $568,845 tax revenue loss to the U.S. Treasury.

"Mr. Bischoff manipulated and misled his victims, depriving them of millions of hard-earned dollars," he said. "The U.S. Attorney's Office is committed to working closely with our law enforcement partners to identify those who commit such schemes and to seek justice for the victims of white collar crimes."

Harold H. Shaw, Special Agent in Charge of the FBI Boston Division, added, "Mr. Bischoff is finally taking responsibility for defrauding his clients out of millions of dollars. Through a web of lies and deceit, Mr. Bischoff betrayed their trust and used their money to line his own pockets and prop up his failed investments,"

Director of the New Hampshire Bureau of Securities Regulation Jeffrey Spill said that timely prosecution of the probe helped lessen the damage, "When the fraud was uncovered, the agencies acted quickly to shut the scheme down which prevented further losses," he said.