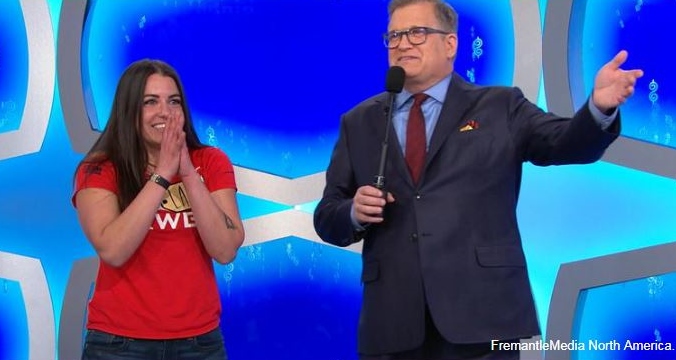 Details regarding any success Laura Zerra of Lebanon, Maine, enjoys on today's "Price is Right" are unavailable till after the segment airs, but a publicity still sent on Monday seems to indicate that she may have done well enough on a bidding to get up on stage for one of the contests that qualifies a contestant for a spin of "The Big Wheel" and a shot at one of two grand prizes.

Zerra, who lives at Belgian Meadow Farm on Merchants Row, is a veteran reality TV star on Discovery Channel's "Naked and Afraid," an Instagram sensation with 25,000 followers and a renowned primitive survivalist whose skills run the gamut from cooking up some delicious road kill to eating a raw fish or worm when the need arises.

But today you can see her bidding for bigtime cash and prizes on the CBS game show, which airs in most markets at 11 a.m.

The chance to get on the show came several months ago when she was visiting cousins in San Diego, Calif., she said during a telephone conversation with The Rochester Voice from Montana last week.

"One of them asked if I wanted to go to a taping and I said yes, I loved that show growing up," said Zerra, an accomplished farrier, who has lived at Belgian Meadows Farm for a little over a year.

To read the complete feature on Zerra refer to Monday's postings on The Rochester Voice.