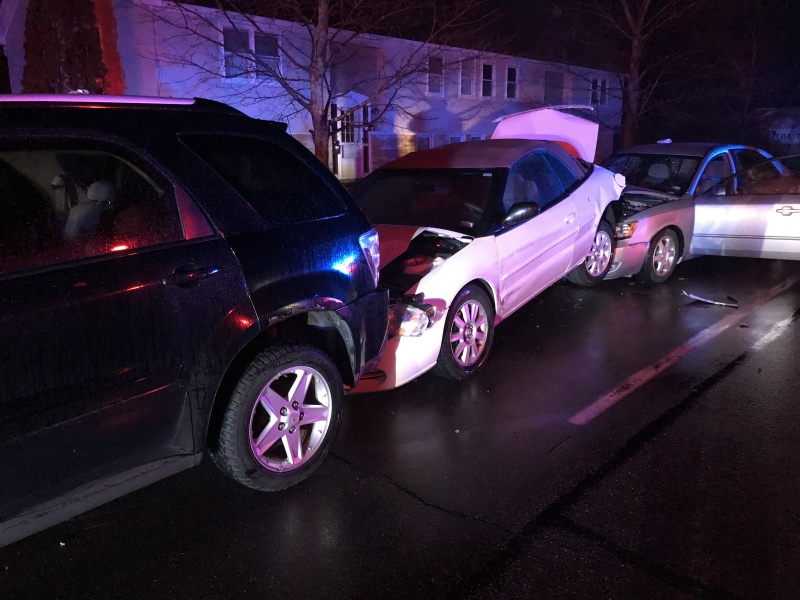 ROCHESTER - A juvenile driver and their teenage passenger were both injured today when their vehicle crashed into some parked cars on Washington Street.

The accident occurred around 5:30 a.m. in the area of 75 Washington St. when police say a 2006 Hyundai Sonata traveling northbound swerved to the right side of the road striking two parked and unoccupied vehicles.

Police referenced no specific reason why the vehicle left the roadway.

The cars struck were a 2004 Chrysler Sebring and a 2006 Chevrolet Equinox.

The minor operator and the passenger, Joseph Folger, 19, of Rochester, were both taken to Frisbie Memorial Hospital with what were described as minor injuries.

The Hyundai and Chrysler sustained significant damage and had to be towed from the scene, while the Chevrolet sustained minor damage.

This cause of the incident is under investigation. If anyone has information in reference to this accident they are asked to contact Officer Seager at the Rochester Police Department at (603)330-7128.