Youngster struck in the downtown while riding bike 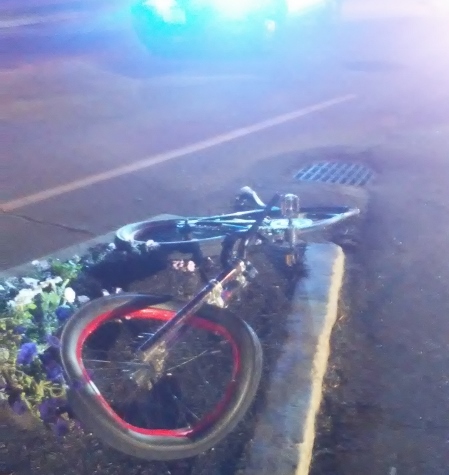 ROCHESTER - A young bicyclist was injured on Saturday when he was struck by a car at the intersection of Walnut and Washington streets.

The accident occurred around 9 p.m. when a 2001 Subaru Legacy being driven by Daniel Debutts, 28, of Rochester, was traveling from North Main Street to Walnut Street when a juvenile, riding a bicycle crossed into his path at the intersection causing the vehicle to strike the juvenile. The juvenile victim was thrown from the bicycle and taken to Frisbie Memorial Hospital with what were described as minor injuries.

The Subaru had to be towed from the scene.

The accident is still under investigation at this time. Anyone with information about this collision is asked to contact Officer Gagnon at 603-330-7128.