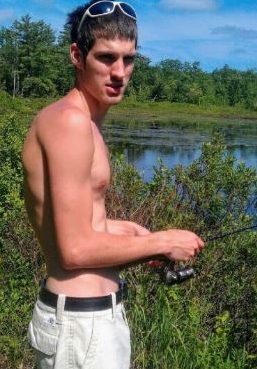 Zach was born on Aug. 13, 1989, attended Noble High School and was employed at Albany Engineered Composites. In 2011 Zach met Candice (Long) Smith and she instantly stole his heart. They married on May 26, 2018 and have two children Cooper and Owen ages 1 and 8.

Zach had a love for anything outdoors, his dogs and music but more than anything he had a deep love for friends and family. While most of us are blessed to have one or two great friends Zach was one of those rare individuals who had dozens who were dear to him. It was readily apparent during his four-year battle with brain cancer just how dear he was to others in return.

More than 300 friends and family flocked to support him at an organized celebration of life fund-raiser months earlier and the ongoing support never ceased as his illness progressed. Their home was rarely without friends and family as others visited daily to be with Zach and Candice. Zach was a giver of time, energy and love but he wasn't as comfortable receiving. He shared, "We aren't here to be helped - we are here to help others." With that wisdom and his unending optimism, he was so well known for we see why Zach was loved by so many. While friends often filled his days, it was Candice who filled his heart as only a soulmate can. She brought love and joy to his life as well as peace, care and compassion down the stretch.

Instrumental in Zach's life was his brother Travis. They were as close as brothers could be in spirit and outlook. Travis, friends and family alike remember Zach for his sense of adventure, his love of life and a life of love. Beyond all else they remember the love shared between Zach, Candice and the kids. One friend shared, "It didn't matter if it was hot or raining out, if Owen wanted to go on the trampoline Zach did it." Another friend shared, "If I am half the dad that Zach is, I will have done a good job."

ARRANGEMENTS - A celebration of life will be held on August 1 from noon - 2:00 at Belgian Meadow Farm, 279 Merchants Road, Lebanon, ME. Arrangements are entrusted to the Johnson Funeral Home, North Berwick, ME where condolences may be expressed at www.JohnsonFuneralHomeME.com